Your experience on this site will be improved by allowing cookies.
Order Online

Our mission is, Every Guest Leaves Satisfied.

Phaliron first restaurant was located in Famagusta built literally on the beach. Started the business early 1960 by an entrepreneur called as we know today Mr. Tassos. It was consider to be one of the most know and popular restaurant in town.
After the Turkish invasion in 1974 and the occupation up to our days from the Turkish army, the restaurant reopen in Limassol in 1975 as Neon Phaliron.
In 1980 Mr. Loizos Antoniou (Present Owner) bought the restaurant from the previous owner.
In 1995 after concluding the studies in Hotel Management in Switzerland, Antonis Antoniou joints the family company and became the operations manager.
In 1997 Charis Antoniou finished his studies as a Chef in U.K and France and return back to join the family business as the Executive Chef.
Today 2021 the restaurant is operating still according to the family values and philosophy that Mr. Loizos Antoniou established. 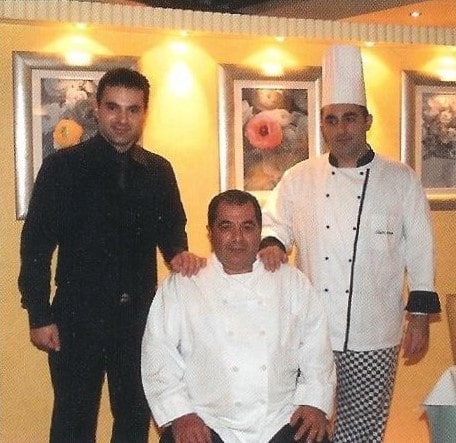